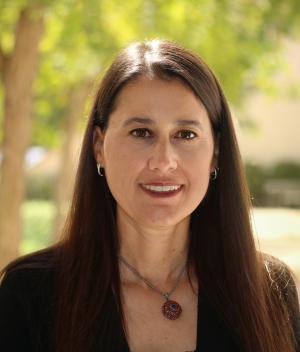 Dana Mastro is Associate Vice Chancellor for Academic Personnel and Professor of Communication at the University of California, Santa Barbara. She received her B.A. in History from UCLA, her M.A. in Communication-Urban Studies from Michigan State University, and her Ph.D. in Communication from Michigan State University. Dr. Mastro’s research is aimed at increasing our understanding of media effects processes related to racial/ethnic stereotyping.  To this end, her work investigates the influence of exposure to stereotypical racial/ethnic content in the media on perceptions of self and other as well as on interethnic/racial relations in society. This program of research is evidenced in three primary ways in her work. First, her research documents depictions of racial/ethnic groups (primarily Latinos) across media platforms and genres.  Next, her work assesses the extent to which exposure to these characterizations influences White consumers’ real-world race-related cognitions, emotions, and behaviors.  Last, her studies explore the degree to which media use impacts on the self-concept and social perceptions of Latinos. In testing these relationships across digital and traditional media contexts, her research incorporates a broad range of quantitative methods and diverse bodies of literature including those rooted in social identity theory and self-categorization theory; stereotyping and discrimination; and other identity based frameworks.

Dr. Mastro’s most recent projects examine: (a) the effects of exposure to racially stereotypical humor on physiological responses, social perceptions, and voting behaviors; (b) the impact of exposure to subtle racial/ethnic linguistic biases in online news on judgments about Latinos; and (c) the influence of exposure to both positive and negative racial/ethnic media portrayals on audience members’ self-concept, group identity, and esteem.

2006-2012: Associate Professor and Director of Graduate Studies, Department of Communication, University of Arizona

2000:   Top Paper Award. Association for Computers and the Social Sciences, Information Technology and the Impact on Everyday Life Division

Figueroa-Caballero, A. & Mastro, D. (2019). Does watching this make me feel ashamed or angry? An examination of Latino Americans’ responses to immigration coverage. Journal of Cross-Cultural Psychology, 50, 937-954.

Mastro, D. (2016).  The role of media in the well-being of racial and ethnic groups. In M.B. Oliver & L. Reinecke (Eds.), Handbook of Media Use and Well-Being: International Perspectives on Theory and Research on Positive Media Effects. New York: Routledge Press. (pp. 409-421).

Tukachinsky, R., Mastro, D., & Yarchi, M. (2015). Documenting portrayals of race/ethnicity in the media over a 20 year span and their association with national-level racial/ethnic attitudes. Journal of Social Issues, 71, 17-38.